Whoops! Who would have “thunk”. . .our one and only Grandson has gone “spacey”. . .via a NASA space ship, that is. 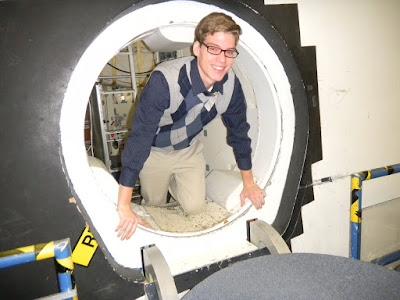 Zach exiting shuttle
This last weekend, at the NASA Johnson Space Center G-Dad Dick Blide, G-Mom Patti, and G-Son Zachary experienced “the real thing.” All it took was Patti’s former student . . .of 30 (as in thirty) years ago, John Sims, Deputy Chief, Mission Operations Facility Division at NASA “where they take the Russian mockups from hollow shells to an important training and engineering resource,” to invite us after Patti’s re-meeting John at an FCP (Fantastic Cinema Productions: Sponsor – Patti Blide) reunion. So Patti & Dick asked John if we could go through the NASA “experience” with our Engineering major grandson, Zachary. 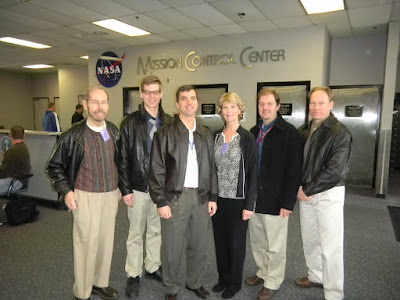 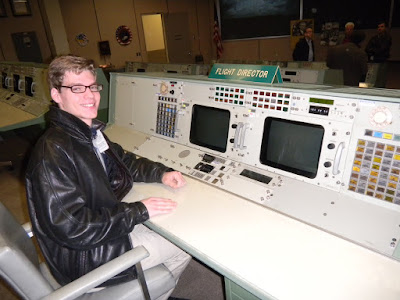 Original Mission Control
Thoughtful, kind John Sims gave us the absolute royal treatment starting at 10:00 a.m. and finishing at 4:30 p.m. with our having visited building after building and having gasped over and over at the immensity and amazing works of our country along with several other country’s financial, technical and somewhat unbelievable ability to leave our Earth for outer space and the moon. 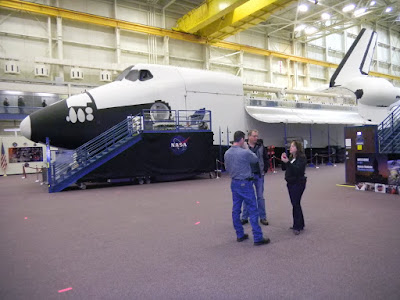 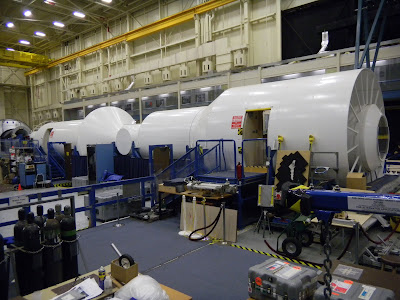 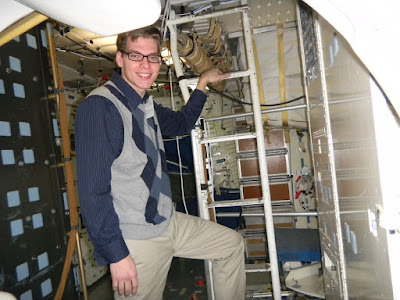 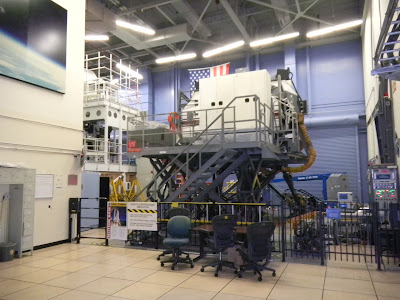 Shuttle Simulator where Astronauts are Trained
One “stand-out” was sitting down. . .INSIDE A REAL SPACE SHUTTLE simulator that John had used to train 3 groups of astronauts. Zach was chosen to be at the controls with John shouting directions and Patti and Dick sitting behind them. . .wide-eyed. 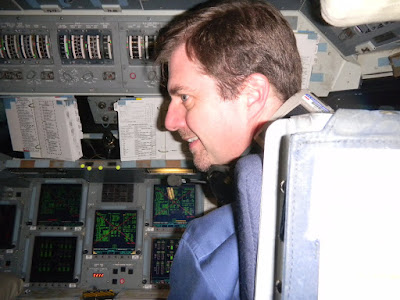 John Sims Instructing Zach on How to Take off and Land 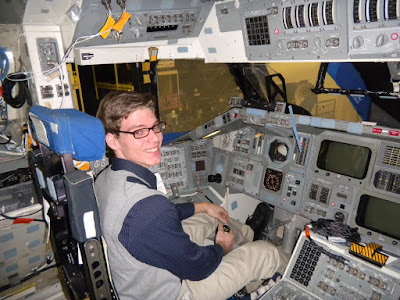 Zach Made 3 Good Landings (means we didn't crash)
As the NASA Q & A reports: It is a very exciting, noisy, shaky ride for the first two minutes (P.B: “I actually felt my body thrust back into the chair as my feet pointed up sky-ward making me feel at a definite angle”). Then the solid rocket boosters drop off and it gets a lot smoother. Those three main engines burn fuel at an incredible rate -- approximately 3,785 liters (1,000 gallons every second. The shuttle goes from standing still on the launch pad to more than 27,359 kilometers per hour (17,000 mph) in just over eight minutes. That means the astronauts accelerate 3,219 kilometers per hour (2,000 mph) faster every minute. 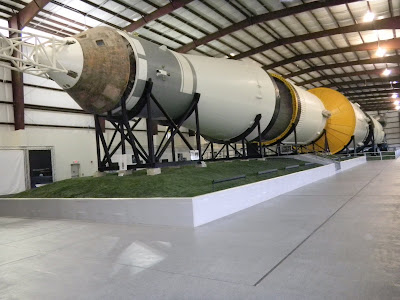 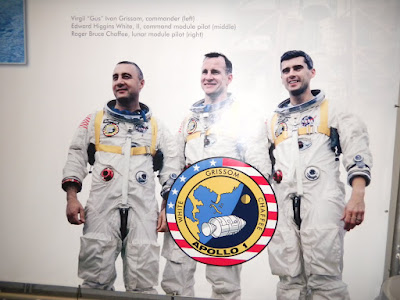 We could “talk” all day. . .as info was given us. . .but we’ll finish off our little note here to comment on our thoughtful and helpful Hosts, Andy and Anne Woods, who not only “kept us” all three nights and a day, but shared lovely Sarah Woods, great food, walks down and around their winding river, along with family stories sincerely enjoyed by all. 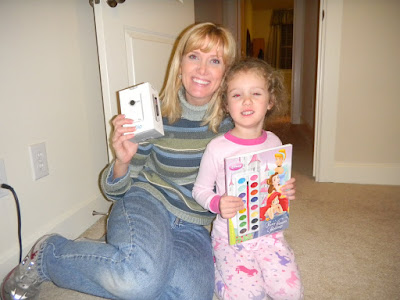 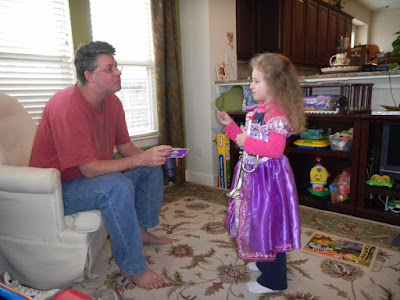 Andy & Sarah
Life is Good,
Patricia and Richard of Kalama
Posted by Know & Do at 8:58 AM No comments: