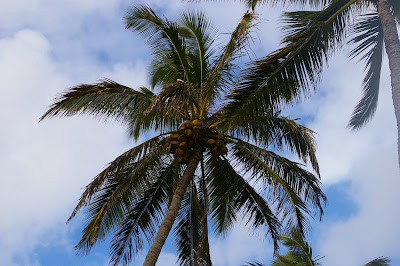 With the promise of being ‘greeted’ by closely hugged coconuts above, froth-led beach waves splashing below, and the lure of new and luscious foods, Patti and Dick escaped the WA wind and rain for a February two weeks at Maui, Hawaii.

Following a 5 ½ hr. flight, Dick and Patti, per friend Betty’s suggestion, took a quick trip to Costco (yes, Costco is every where) to fill the rented car with veggies for sauté, steaks to grill, and fruits for breakfast smoothies, leaving of course, plenty of plans for surprises as to the Hawaiian fare.

We were happy to find that our ocean view bedroom condo actually had two full bathrooms with all amenities including washer/dryer, as well as a well-appointed kitchen. 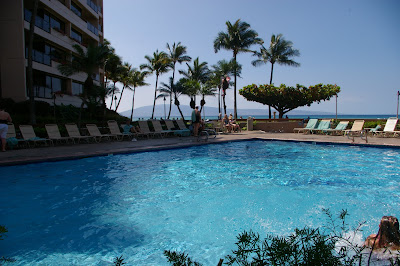 Bright sunshine greeted us daily with only a couple of light rain hours; it was the unexpected that we still talk about.

We knew that February was the best time for whale breaching, but seeing so many so often was pure delight. We had opted not to go out in the boats this year, but watched from beaches where many other watchers gasped and pointed with us. It was interesting on conversing with others how many of them had selected visiting Hawaii at this time of year just for the whales.

Another unexpected experience was Patti’s initial snorkel adventure. Worrying somewhat on her first foray in some time, she carefully lowered her snorkel-hugged head. . .and then laughed out loud. . . under water. . .as three six-inch round but flat lavender-edged, purple fish rushed straight toward her goggles to check her out! From then on Patti joyfully remained face down several hours at three different beaches counting the differently shaped and brightly colored big and little fish. The huge brown lumpy fish (some with eye brows!) were hard to see among the rocks and corals as they were almost invisible via Nature’s disguise. Ain’t nature grand?

And then there was the Red Flag experience. Patti soon realized that there was a good reason for those red flags, some stuck in the beach sand three at a time. One very cool and windy day, Patti just couldn’t wait any longer and decided to give the flag warning a test, thinking that a strong swimmer need not worry. NOT! Those red flags mean what they indicate: UNDER TOW, UNDER TOW. Patti is now a swimmer with bowed head for more reasons than one. 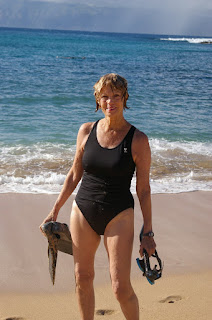 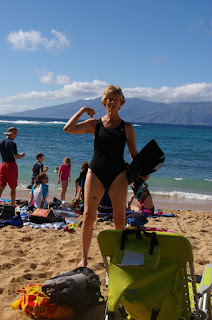 And so, what does one do, instead? Ahhhh, sitting in a provided beach chair. . .on the edge of the ocean, high enough to watch without sitting/swimming/snorkeling in rough water is the answer. 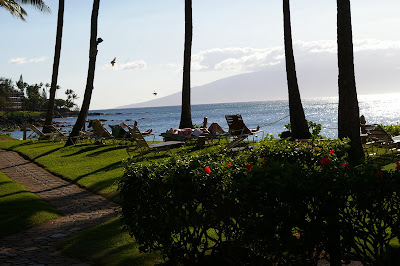 And/or reading one of those great books brought for “just in case.” 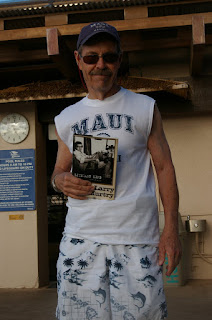 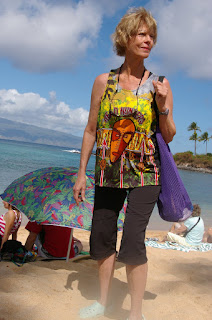 Or one could simply spend “rough water” time, eating! And eating with beautiful birds visiting at these outdoor/indoor restaurants, such as Napili Bay, were a further treat! 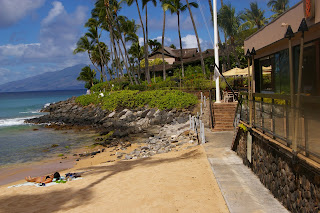 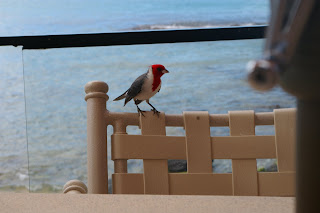 And, oh yes! There’s eating, such as at Longhi’s, or in town meeting ‘solid’ citizens: 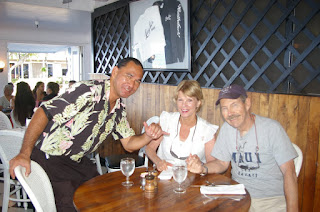 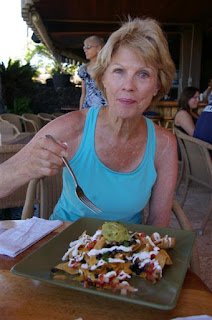 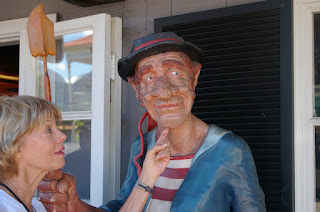 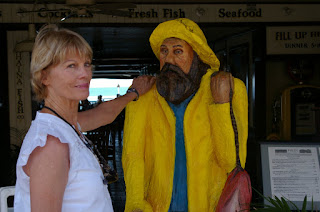 But the best of all was wonderful WALKING on the most beautiful of winding trails along roiling ocean waves at Kapalua Bay on the Coastal Trail which, when discovered by us, found us there almost daily, visiting our favorite coffee shop on the way. 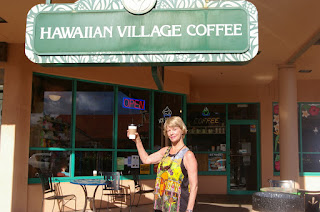 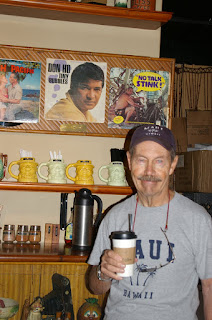 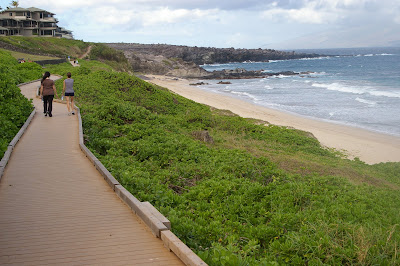 Which leaves us with forever memories of the wonders of: Nature’s beauty, Nature’s caring for the living, and for Nature’s gentleness of powers. Which is to say, 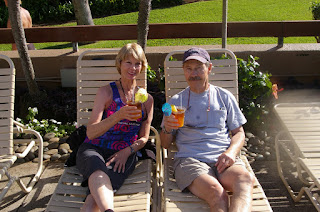